Can children tell the difference between truth and imagination? Do they believe Santa and Fairies are real people? Does a child lie to increase their social popularity?

Are imaginary friends a concern?

Can children tell the difference between truth and imagination? Do they believe Santa and Fairies are real people? Does a child lie to increase their social popularity?

Are imaginary friends a concern?

EXCERPT FROM TRUTH OR IMAGINATION

Natural Guidance to the Duty of telling the Truth

The child, when he first acquires the art of using and understanding language, is filled with wonder and pleasure to find that he can represent external objects that he observes, and ideas passing through his mind, by means of sounds formed by his organs of speech. Such sounds, he finds, have both these powers—that is, they can represent realities or fancies. Thus, when he utters the sounds I see a bird, they may denote either a mere conception in his mind or an outward actuality. How is he possibly to know, by any instinct, or intuition, or moral sense when it is right for him to use them as representations of a mere idea, and when it is wrong for him to use them unless they correspond with some actual reality?

Sensory integration occurs automatically. It begins in utero as the fetal brain senses movement of the mother’s body.

The brain is primary a sensory processing machine, it senses things and gets meaning directly from sensations. Information enters our brain from all parts of our body at every moment. 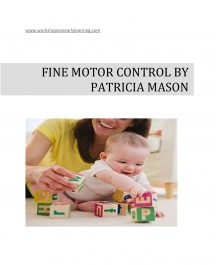 The definition of “Fine Motor” is orderly progression that is deliberate and controlled movements requiring both muscle development and maturation of the central nervous system.

We need to be aware of the skills of the young child and plan activities accordingly.

We provide a Milestone List of fine motor control. 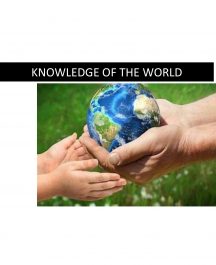 KNOWLEDGE OF THE WORLD

Knowledge and Understanding of the World relates to children’s everyday lives, their homes, families, other people, the local environment and community, and the wider world.